Stonefest Returns In 2019 With British India And Example 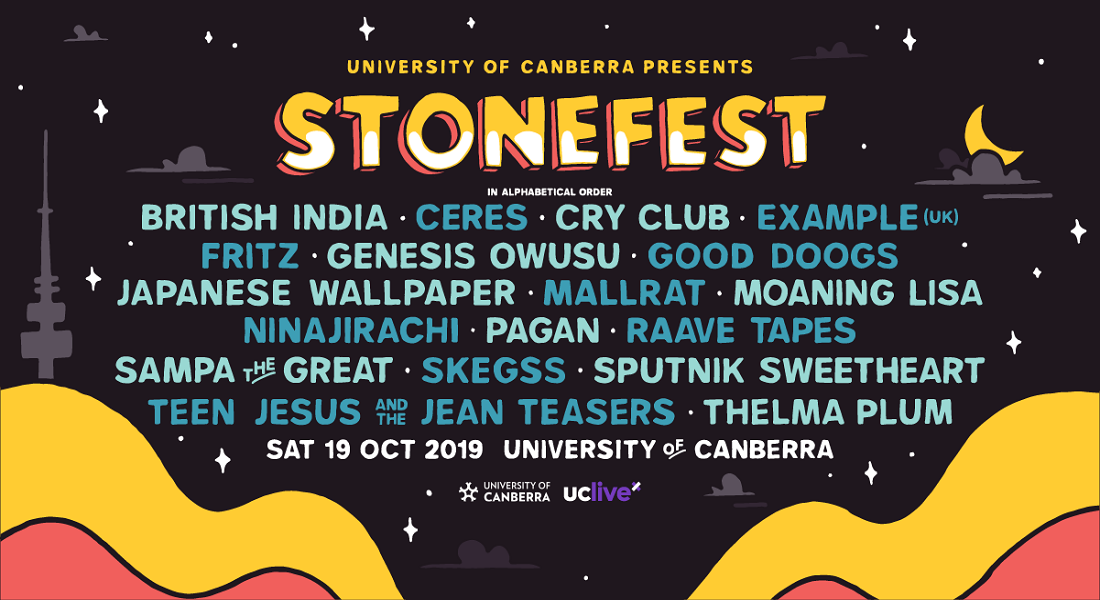 Canberra's OG music festival Stonefest returns in 2019 after being in hibernation for over a decade. The University of Canberra confirmed the festival's return last week and today have announced a huge list of acts performing at the festival.

The lineup will also feature local Canberra acts including Genesis Owusu and Moaning Lisa, Sputnik Sweetheart and Teen Jesus and the Jean Teasers. You'll also be able to catch a glimpse of emerging acts Cry Club, Good Doogs, Ninajirachi, Pagan and Fritz who round out the lineup.

Stonefest was first held in 1971, marking the laying of the university's foundation stone in 1968.

Stonefest tickets go on sale to the general public from 9 am on Wednesday 12 June HERE. Check out the full lineup and ticket info below.