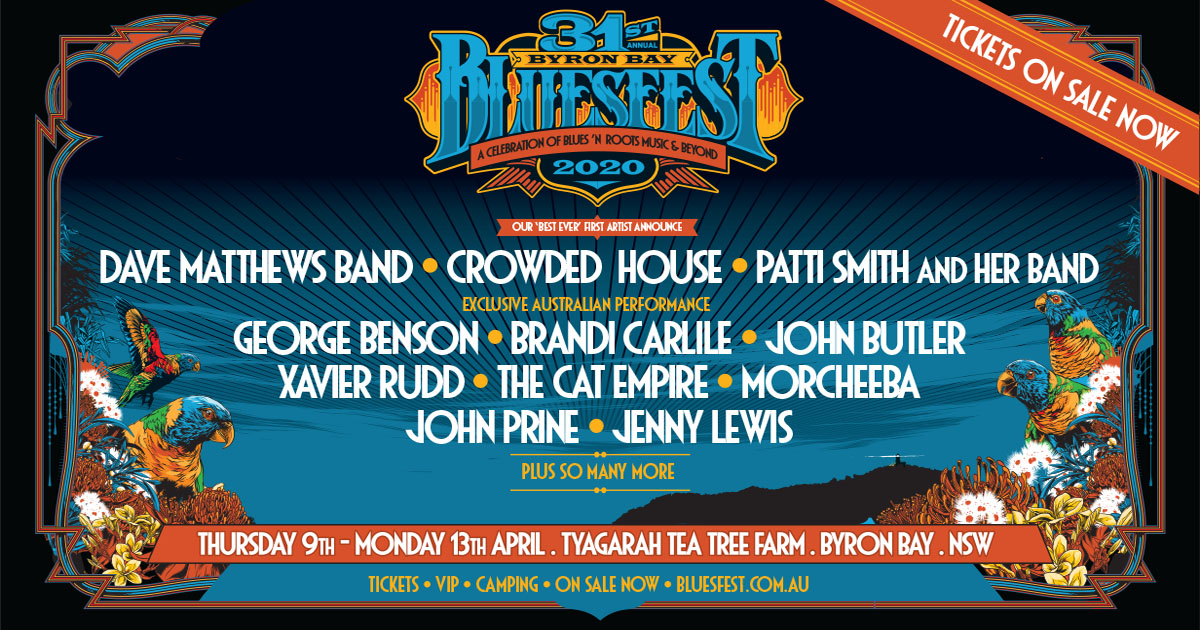 One of the world's greatest bands, Dave Matthews Band; also Crowded House, in an exclusive Australian performance, and the Godmother of Punk, Patti Smith and Her Band, are amongst the first acts announced for the festival next Easter.

The 31st annual Bluesfest Byron Bay takes place from 9th - 13th April 2020 at Tyagarah Tea Tree Farm - just 10 minutes north of Byron Bay! Tickets are ON SALE NOW, so grab yours ASAP to lock in what's shaping up to be the best year yet.

Check out the full first line-up announce and ticket info below.

PATTI SMITH AND HER BAND

AND THIS IS ONLY THE FIRST ANNOUNCEMENT - THERE'S SO MANY MORE YET TO COME...